Tales of a Modern Man 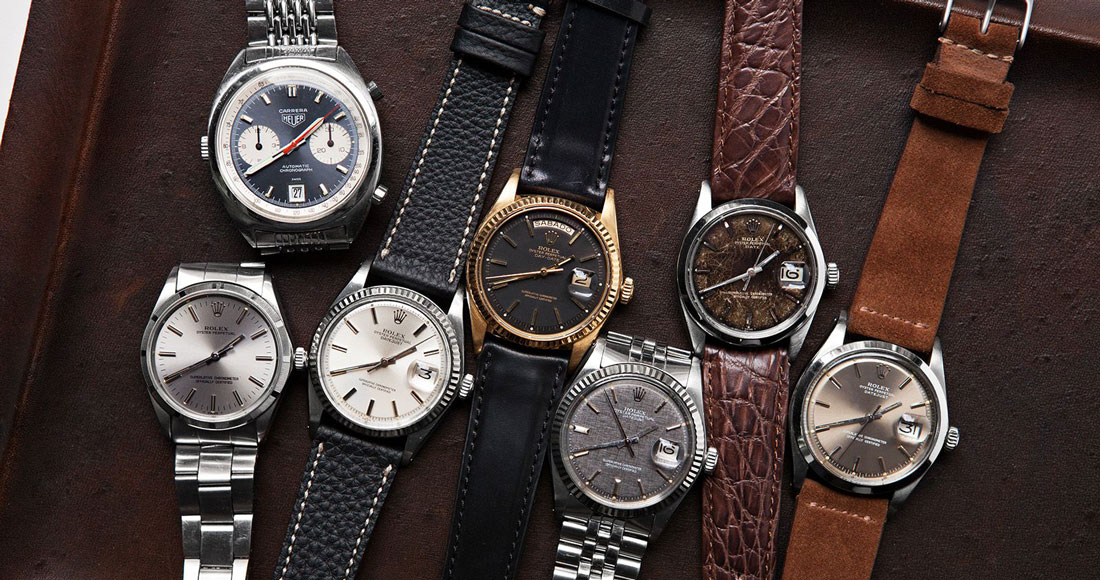 Are you thinking about buying a collectible vintage watch? Vintages watches can be very stylish and elegant and will definitely set you apart from the crowd.

At a time when smartwatches and fitness trackers are becoming all the rage for your wrists, I will always have a soft spot for the classics timepieces especially when they’re economical watches and stand the test of time.

Vintages watches are a very competitive market and some vintage watches may sell for thousands, hundreds of thousands or even millions of dollars!

This guide is to provide you a practical and affordable guide to vintage watches and brands below the US$1,000 point. Here are some more simple guidelines for buying vintage watches:

So where do you find vintage watches? Online is a great place to start with websites like eBay and Etsy. You may also find them in antique shops, weekend fairs, garage sales, and auctions.

You should be looking for mechanical timepieces vs quartz watches, with very few exceptions. Quartz watches rarely go up in value and probably had their catalog price highly reduced after leaving the store.

Whatever the wear of the watch resist the urge to modify a vintage watch. Changing things such as the dial, hands or bezel can have a huge impact on value. If you wish to sell the watch someday any change will devaluating the watch. The most you can do is ask a specialist to clean the watch, but without changing any of its original design.

Here are some brands to consider when looking for vintage watches to purchase:

Breitling is a Swiss luxury watchmaker based in Grenchen, Switzerland. The company was founded in 1884 by Léon Breitling in Saint-Imier. Breitling is known for precision-made chronometers designed for aviators and has a reputation for producing watches with great design.

Bulova is an American watch brand founded in 1875 and currently owned by Japanese conglomerate Citizen Watch Co. It manufactures watches and clocks and is based in New York City.[2] Bulova’s Swiss-Made line is known as Bulova Accu•Swiss and was formerly known as Bulova Accutron. Bulova created the Accutron in 1960 a watch that uses a 360 tuning fork instead of a balance wheel for running the watch more accurately.

Longines is a Swiss luxury watchmaker based in Saint-Imier, Switzerland. Founded by Auguste Agassiz in 1832, the company has been a subsidiary of the Swiss Swatch Group since 1983. Its winged hourglass logo, which was registered in 1889, is the oldest unchanged yet still active registered trademark. Another brand from the Swatch Group, Longines is considered an elegant brand, with an affordable price point.

Movado is an American watchmaker that traces its origins to La Chaux-de-Fonds, Switzerland. It is best known for its Museum Watch. Movado means “always in motion” in Esperanto. The watches are known for their signature metallic dot at 12 o’clock and minimalist style. Their flagship design is the Museum Watch, created in 1947 by Nathan George Horwitt. It is unmistakable for its big dot at 12 o’clock, as a symbol of the noon sun.

Omega is a Swiss luxury watchmaker based in Biel/Bienne, Switzerland. In 1982, the company officially changed its name to Omega SA, which is currently a subsidiary of the Swiss Swatch Group. Omega isone of the most serious and known watch brands, with many collectible pieces. They have many successful watch lines, such as the Speedmaster, the Seamaster, the De Ville and the Constellation.

Even though they are renowned for their quartz watches they were the guys that almost broke the Swiss watch industry in the 1970s, after the release of their Astron watch. Seiko has been around since 1892 and at the time of its release, an Astron cost almost the same as a medium-sized car!

TAG Heuer is a Swiss luxury manufacturing company that designs, manufactures and markets watches. TAG Heuer was founded in 1860 by Edouard Heuer in St-Imier, Switzerland. TAG Heuer is well established as one of the best chronograph makers.

Tissot is a Swiss luxury watchmaker. The company was founded in Le Locle, Switzerland by Charles-Félicien Tissot and his son, Charles-Émile Tissot, in 1853. Since 1983, Tissot has been a subsidiary of the Swiss Swatch Group.

So if you are looking for collectible vintage watches in the under $1,000 price range, you will find many good steel watches and some gold-plated ones… you may even find a solid gold piece. But overall you should be looking for design, demand, and style, not for a financial investment!

I hope this simple guide may help you find an amazing vintage watch!